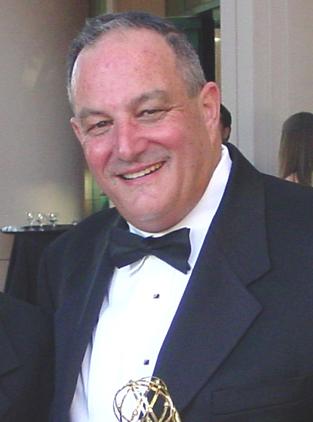 The News Geezers began in 2010 - when shortly after entering retirement, I realized while I might not miss my final full time workplace (KTTV Fox 11 where I was a Special Projects Producer), but I would miss the folks I worked with there - and  so many of the professionals I encountered along the way since 1965.

Gathering three friends from my early years at KTLA - Joel Tator, the late Michael Conley and Jack Terry - the four of us decided our very enjoyable dinners and lunches should be expanded.

A message from Bob Tarlau

(founder of the News Geezers)

Helping Journalists In Need For More Than Half A Century

The late Gerry Ruben was next, bringing us to five.  The mailing list grew from there and is now closing in on 500.

The News Geezers is totally informal with no dues, no office, and no officers.   Credit for the News Geezers' name goes to the late, great Bob Long.  Sure the name has had its detractors - mainly women who resent being called Geezers.  Bob meant the name to be fun - reflecting the mood of our gatherings.  We took a vote on this years ago - and about 95% of those participating that day voted for... News Geezers.

About two-thirds of us are retired.  If you are working in the biz - or spent the bulk of your professional life in Southern California - in print (newspapers and magazines), broadcast (radio and TV news), web or public relations - we welcome you!   Photojournalists are - of course - included as are the technical people who transformed our news output into print or onto the airwaves.   You can see who is involved by going to the "Roster & RSVPs" tab on this website.

We have lunches quarterly.   The location is Victorio's Ristaronte in North Hollywood.

​       So that's our story.  I never thought the News Geezers would grow as fast or as big as we have.  I thank each of you for making this work.    As Joel rightly says:  "You know, these lunches just get better every time!"

You might like to know that in addition to being the prime Geezer coordinator, I do daily freelance work as a correspondent for Australian radio - doing live reports for the Nine Radio Network.

I am the immediate past chairman of the 8 Ball Emergency Fund for Journalists (www.8BallJournalists.org) (formerly the 8 Ball Welfare Foundation), which has helped journalists in temporary financial need for more than 60 years.

If you have questions or comments on the Geezers... or know of someone who would enjoying being a member of our group...  kindly write to me at bob@tarlau.com.

Thanks for reading this!